Our Kara is now 22 months. At times she seems like a tomboy, but other times, it's evident that she is a princess 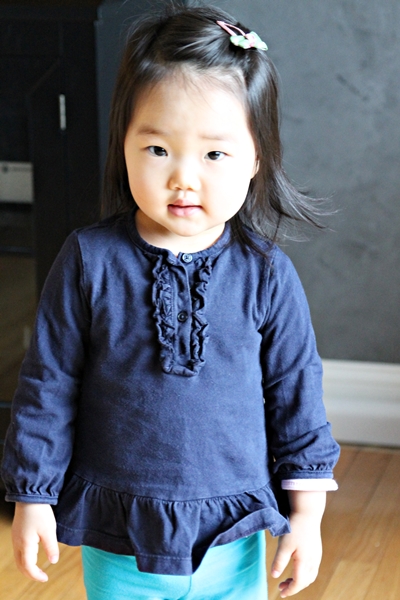 She likes to play with her brothers' toys than baby dolls or other girly things.. Yet, when I dry/comb her hair, or put her in a pretty dress, she'll smile and say, "ahh pretty~" in Korean. 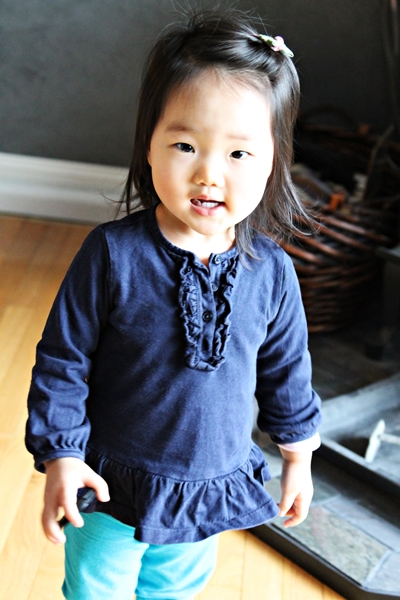 She's also much more independent than her brothers at her age. Whatever it may be, she'll always say, "I do it!" She puts on/takes off her own socks, shoes, wipes her own mouth during meals, takes off jacket, and tries to put on pants but later on asks for help..

It's cute but when we are in a tight schedule, she'll throw tantrum that she couldn't do it her own.

She's now a person with her own drive rather than a helpless baby. She's also proud of herself when she accomplishes something on her own. After doing something by herself, she never forgets to praise herself with clapping hands and a "yay!!" 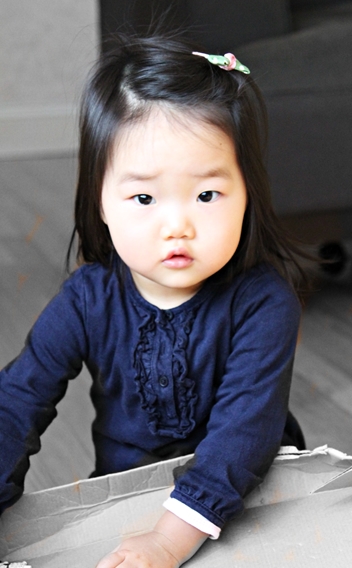 It's fun that I can fully communicate with her now with clear intentions. I start to look forward to the later years when she's grown up, so that we can go out on mother & daughter dates