Aaron turned 9 couple of weeks ago on Feb 9th.

Every year, we threw him a traditional birthday party in a rental party place and invited his entire class but starting from this year, we decided to keep it a low-key.

So we asked Aaron to pick his five closest friends from school and decided to take them out to a movie and a lunch at the mall. His birthday was on Saturday this year so we planned to have this event on his birthday.

But then, the "Monster Storm" came to NY on the day before his birthday... Boston was supposed to get hit with 3 feet of snow... but we got hit with a just over a foot of snow on Feb 8th. 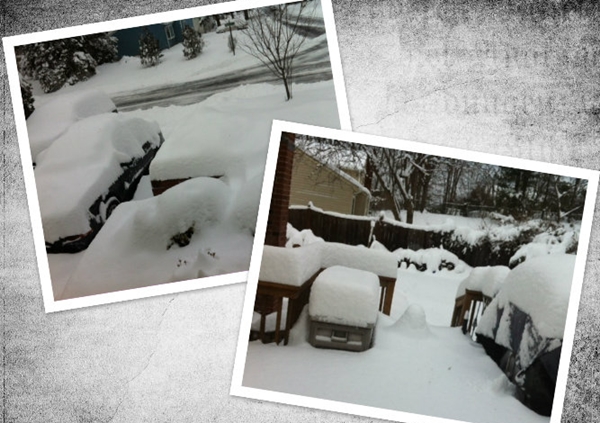 We did go out to Aaron's favorite restaurant for a family dinner on his birthday but his birthday movie event with his buddies had to be postponed.

The day after Aaron's birthday, we had Jamie and Paul over for dinner, and cut birthday cake with them after the dinner. 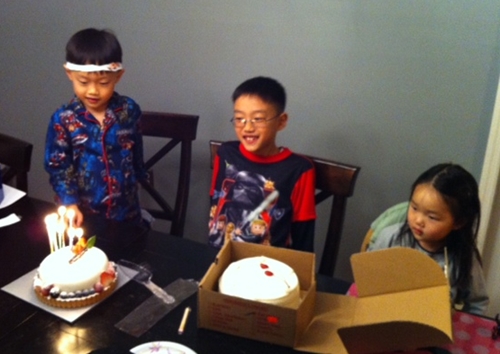 Jordan made a head band with a piece of paper

Boys will always be boys! 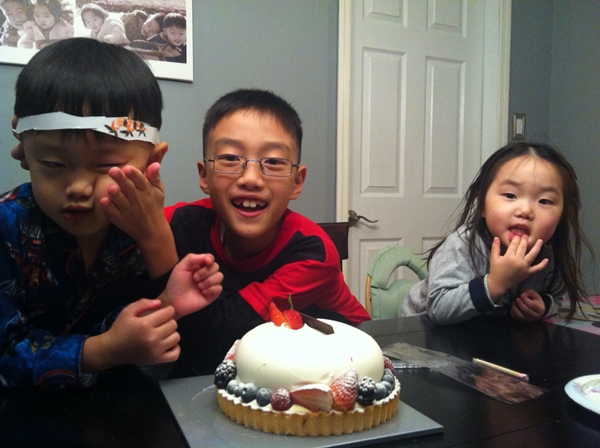 I can't believe they will be graduating from their seminary school this year... 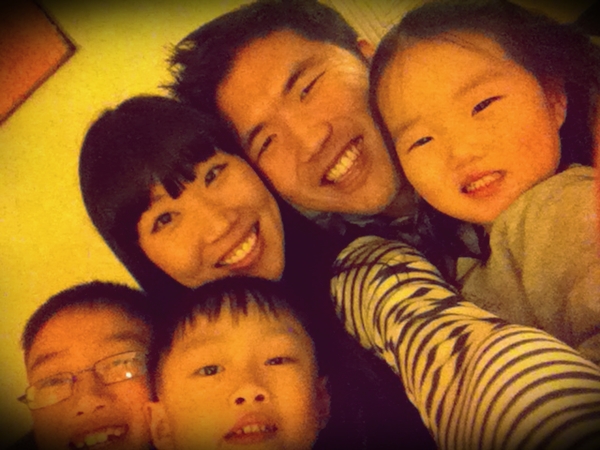 So Aaron celebrated his birthday with his 5 closest friends 1 week after his birthday and he was cool enough to invite his younger brother, Jordan 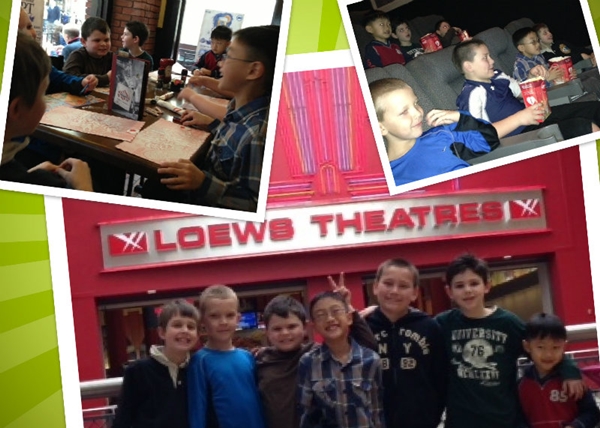 Today, I realized that Aaron is not only maturing but is becoming fast and furious young man...

I've been playing 5 games of Foosball with him almost every night and I would always beat him in all 5 games. However, he's been practicing every day during the day and kept asking for rematch every night... and unthinkable happened tonight.

He beat me fair and square 3 games out of 5.

I think I only scored 1 point in one of the games that I lost...

I was so shocked and nervous during the game because I could not believe his speed and accuracy improvement in just couple of days.
I knew this day would come some day but I didn't think it would come this soon.
I was kind of sad but at the same time very proud of him 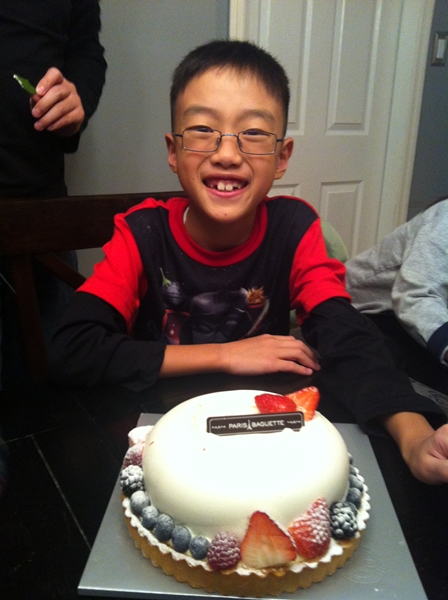