I was like this guy in the picture yesterday... 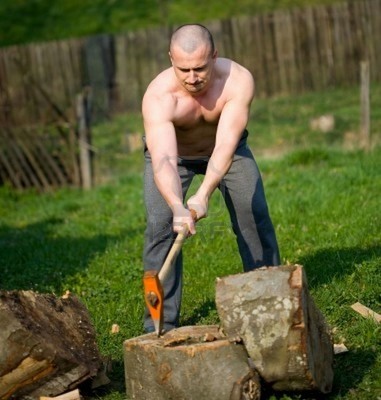 except that I wasn't topless... more like I was wearing a long sleeve shirt -.-;;

I spent Saturday afternoon splitting logs to prepare firewoods for the next winter.

Someone asked me today why I was doing this so early since Winter just ended and it's not even a full Spring yet. Well, in order to get maximum burn efficiency from woods, they must be "seasoned".

The definition of "seasoned wood" is a wood that has been split and dried for at least six months and has <20% moisture by weight. Wood containing more than 25% moisture is "wet" or "green", and should never be burned in a fireplace or wood stove because it causes creosote build up, which is the worst enemy for your chimney and potentially for your house.

We chopped down two big tress in front of our house 2 years ago and I had saved that tree cut into 16 to 18 inches logs so I can use it as firewood. Last fall, I wanted to split that log so my first instinct was to use an axe as I have seen in the TV and movies like the picture of topless guy on top.

Well, it turns out I could not even split one log with an axe. Forget the splitting, I couldn't even take the axe out of the log once I made a good contact on the log... 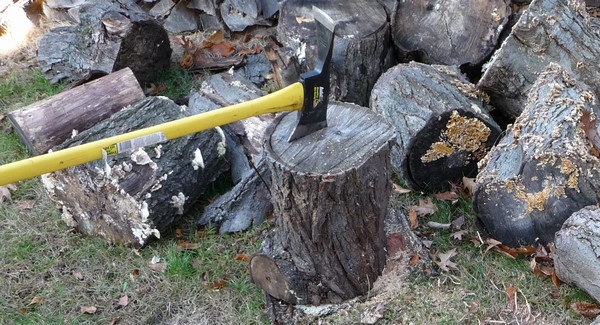 I also have a foot-operated log splitter, which I heavily used the previous year to split a firewood into smaller, thinner firewoods for our fireplace. 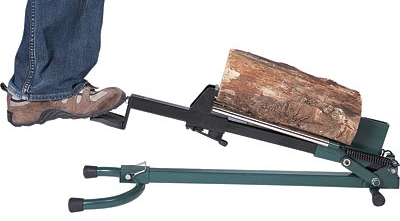 However, this was no match for my big, fat tree trunk.
So I ended up buying an electric chainsaw and cutting (not splitting) the log vertically, which was not that easy either. 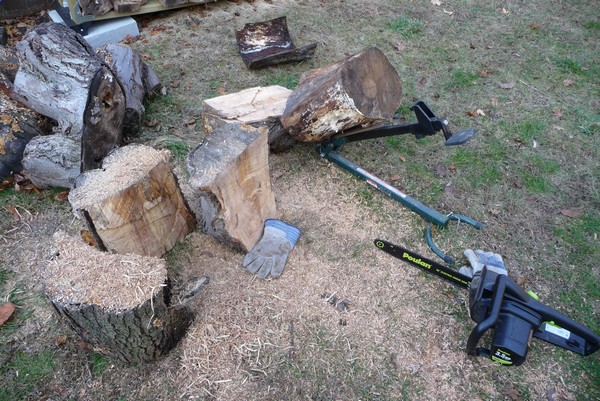 About a month ago, my neighbor was splitting logs in front of his house and he was chopping woods so easily. This guy must be in his late 60's...
So I went over to his house to see the action up close and learned something new.
Although it looked like an axe from far away, he wasn't using an axe. He was using a maul.
A maul is basically like an axe but MUCH heavier head. Basically, it's the weight that splits the log and not the sharpness of the edge! He was also using a log splitter wedge and a sledgehammer for large logs that were difficult to split.

So I went over to Lowe's and purchased a maul, a wedge, and a small sledgehammer that day and got to use it for the first time yesterday. 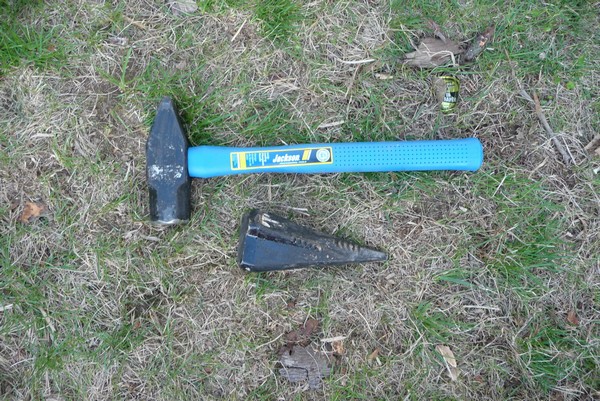 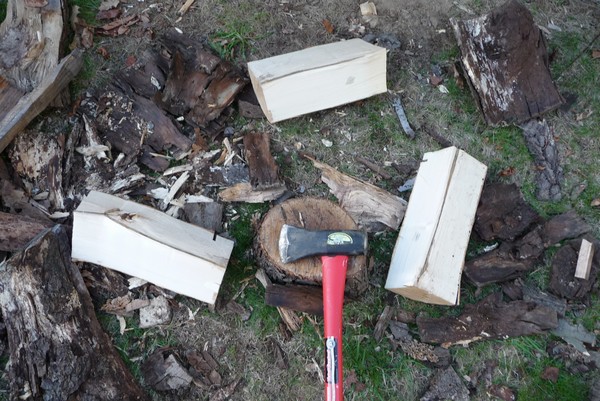 For the ones that were difficult to split, I used the wedge and sledgehammer to penetrate the center of the log 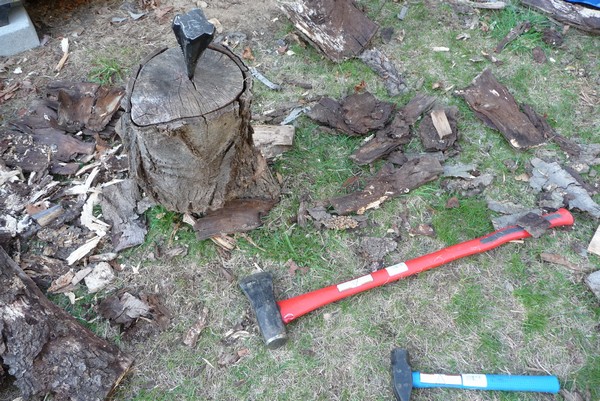 then used the back-side of maul (which is like a sledgehammer) to hit the wedge as hard as I can and what do you get?... 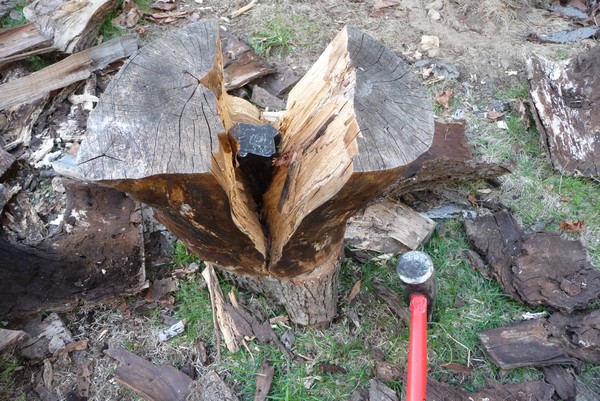 I actually had fun doing it and I thought it was a good exercise but I definitely should have stretched before and after because my back was killing me all day...

That's all for now for my lessons learned... happy splitting!
Go Back to List Page