The last time we went to Baltimore was with Aaron alone when he was 2 1/2, which is now Kara's age.. 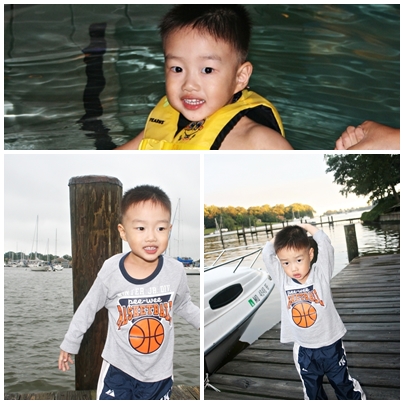 How times have flown... This time we went back with two more children 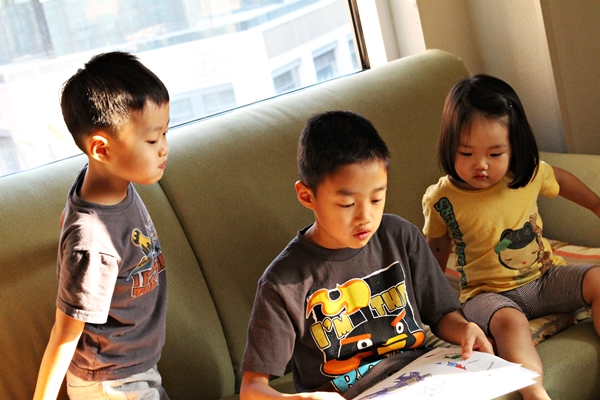 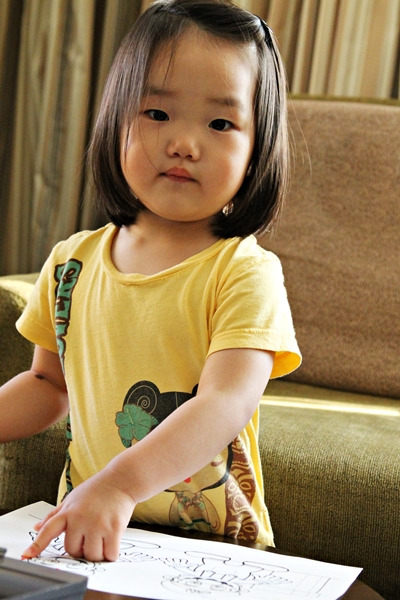 The next day, after breakfast, we took some pictures along the way to the Port Discovery Children's Museum. 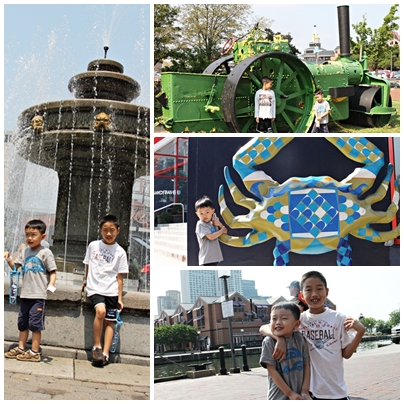 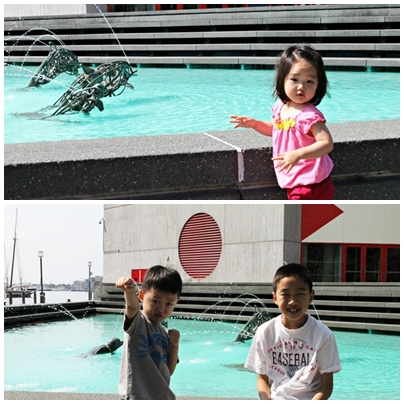 When we went in, it wasn't as crowded because all the crowd went to the Aquarium.

The boys went nuts when they saw the three-story urban tree house. While boys were going wild in the tree house, Kara played other things. 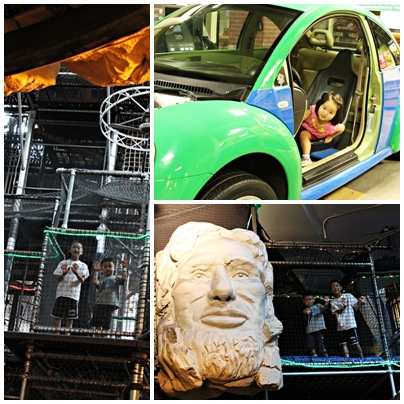 After boys played quite a bit in the tree house, I had to ask them to move on 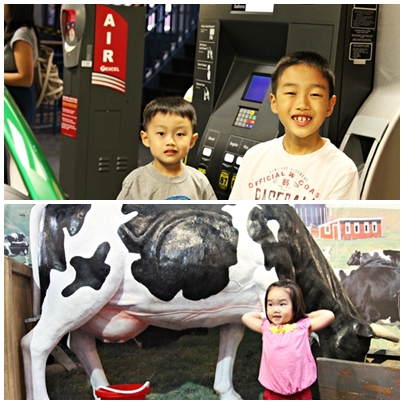 Then there was the hands-on Nano Science Exhibits. 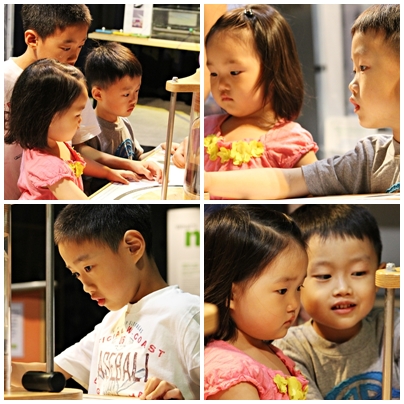 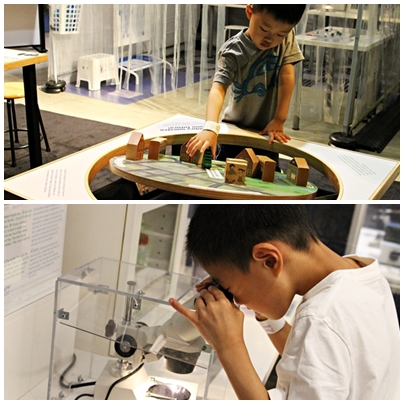 The boys went back to the tree house, and Kara went to the Tot area. 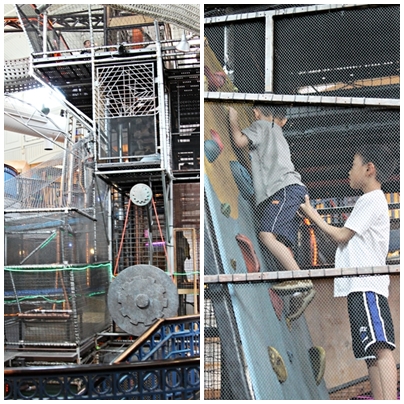 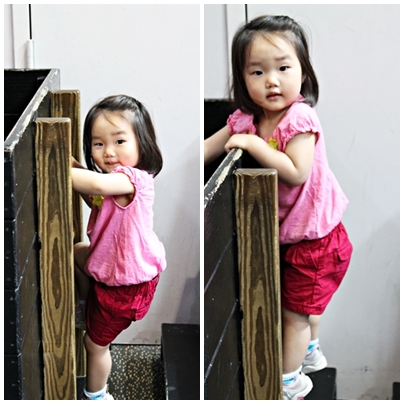 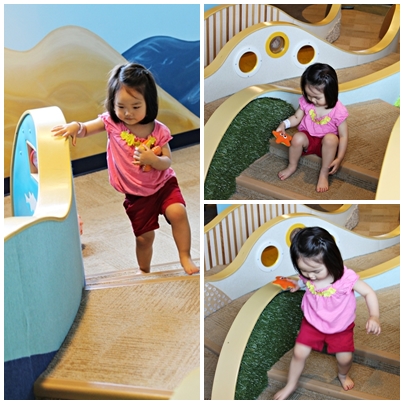 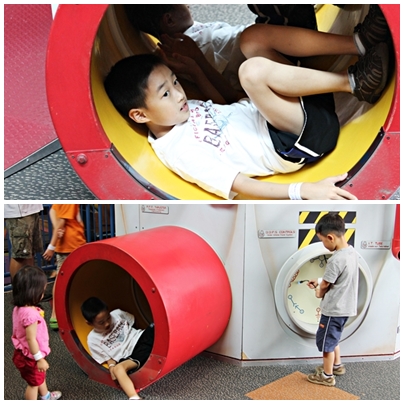 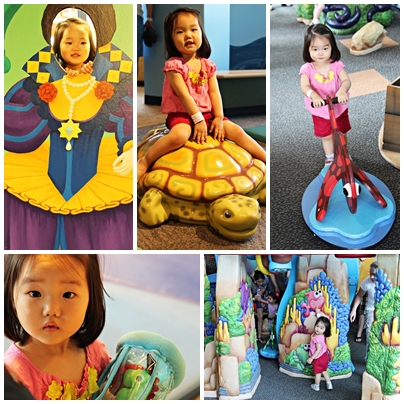 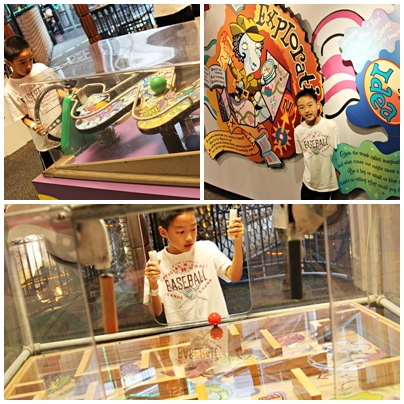 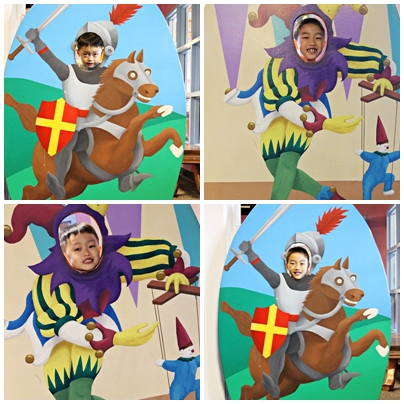 There were so many things to do!! 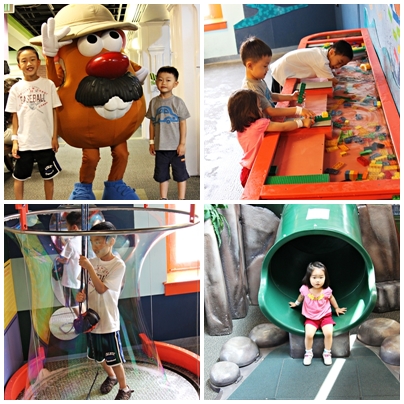 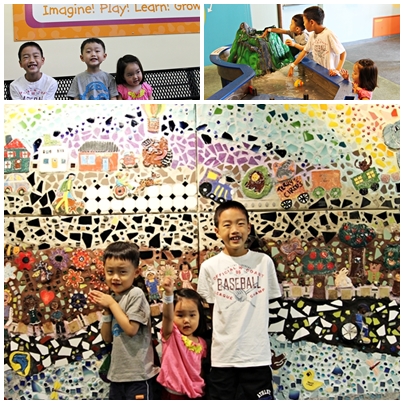 After the museum, before going into the Aquarium, we had lunch & coffee while the kids shared mango-banana smoothie. 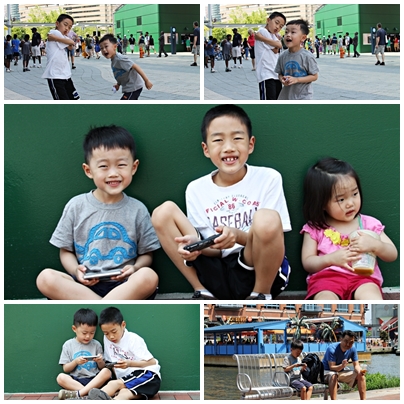 Kara would not let go of the smoothie! 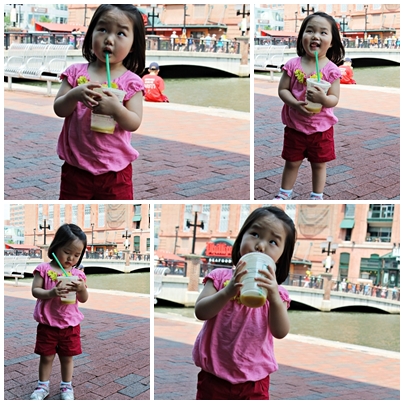 By the time we entered the Aquarium, it was 3pm, and the kids were pretty tired.. especially after playing so well at the museum.. 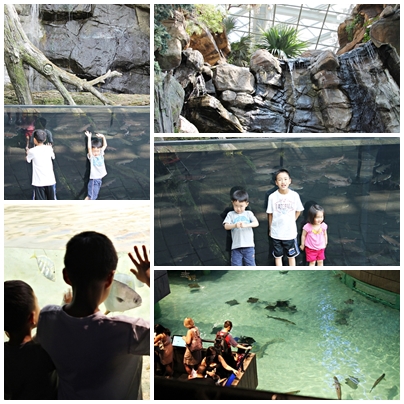 We couldn't enjoy the Aquarium as much.. Kara got really cranky at the Aquarium.. It was still very crowded, dark inside, and tiring..

We came back to the hotel around 5:30, had dinner, and hoped to swim again, but.. the pool closed at 6pm!! The kids were very disappointed, and we decided to swim in the morning before the checkout. The boys showered early, snugged into the sofa-bed & enjoyed their popcorn & the movie. They had so much fun 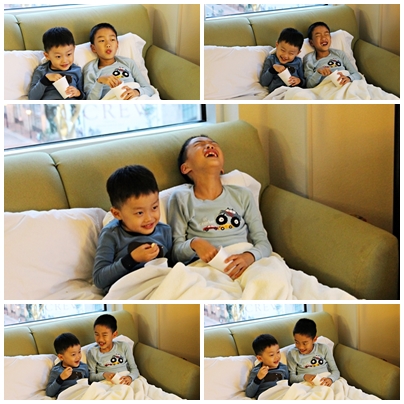 The day we checked out, we planned to swim before coming home, but sadly again, we couldn't because there was a private swimming lesson 9-11am! The pool was ran by a gym, and not owned by the hotel, so the hotel guests couldn't use the pool freely..

We were planning to do a boat ride, so we checked out of the hotel, and headed to the boat dock. 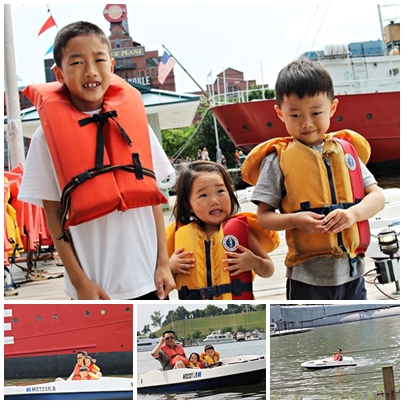 The boats only accommodated upto 4 people, so our family had to split into two. David took the two little ones, while I went with Aaron. From a far, it looked really peaceful & nice, but when we actually went on, it wasn't quite so. It was hot because there was no shade, and the boat was too slow.. Again, Kara got cranky, and I couldn't stand the heat, so the two little ones & I got off after about 10 mins. David & Aaron enjoyed the ride while Jordan, Kara & I waited in the shade. Kara had a blast just running around while waiting for Aaron & Daddy. And she stopped to look at Aaron & Daddy on the boat. 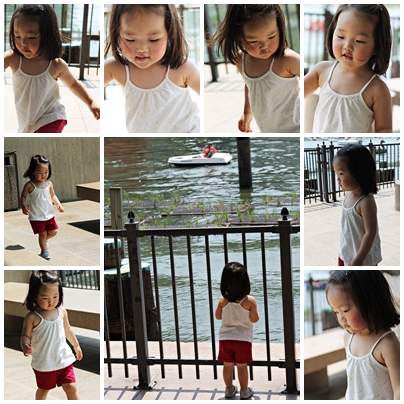 After the boat ride, we had lunch & headed back home. 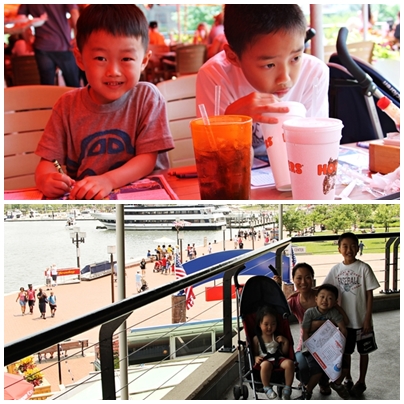 I really loved this Baltimore trip! It was kind of a long drive with the little ones, but the place was just so beautiful that I just loved every bit of it.. 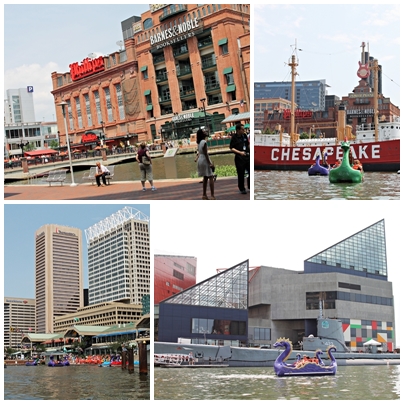 This is was the view from our hotel room. It was very pretty EXCEPT that gigantic jcrew ad.. 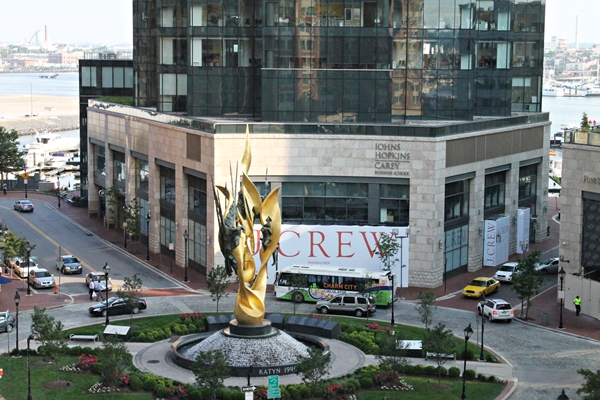 Thanks to my hubby who had to drive long hours for the family's sake!