I took a day off this past Monday to take a rest and to recover from my sickness over the weekend.

Katie went out to meet her friend with Kara and I ended up watching the boys afternoon at home. We don't allow Aaron to play Nintendo Wii during the school days but made an exception that day.

Both Aaron and Jordan are into Super Hero Squad these days. 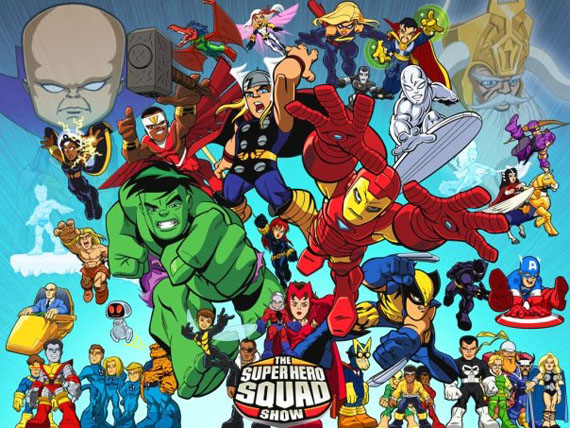 So I bought Aaron a Super Hero Squad game for Wii and he loves to play that game. Jordan even loves to watch him play.

Well, Jordan was so into watching Aaron playing the Wii, he ended up wetting his pants. So I took his pants and underwear off, spanked his butt cheeks couple of times then told him to stay inside the bathroom downstairs as a punishment.

I didn't even close the bathroom door but I know this was eating him alive since Aaron was playing the Super Hero Squad video game just outside the bathroom and all he can do is just listen to the sound of actions and music.

Jordan was crying out loud inside the bathroom for a while then it stopped all of sudden. When I went to the bathroom to check him out and saw what he had done, I was about to lose it...

Jordan had dumped the entire toilet paper roll inside the toilet along with few other things that were in the bathroom. I can't even imagine what would have happened if he had pressed the flush handle. I don't even want to think about it because that is exactly what happened with Aaron few years ago and that's another story that I will share, which is pretty disgusting.

Jordan got many more spankings for that because I know he did that to show his resentful feeling and anger towards me for locking him inside the bathroom.
After he stopped crying, I also spoke to him nicely and explained that he should never put stuff in the toilet. I really hope he doesn't do it again and I guess I will never lock him inside the bathroom again just in case

Later that night during the dinner, kids had fish as the main dish.
For some reason, Jordan kept asking Katie for the fish eyeball

So Katie poked one of the eyes and scooped it out then gave it to Jordan.
Jordan quickly ate it with a satisfying smile and asked for another.

When Aaron saw this, he too asked for the fish eyeball. Aaron had never even though about eating fish eyeball before but I guess Jordan made it look too good.
When Aaron also asked for the eyeball, Jordan started screaming because he thought Aaron was going to take the last eyeball.

Katie had to calm him down by explaining that there are more eyeballs on the other side of the fish. Aaron and Jordan ended up fighting over the remaining two eyeballs as well and frankly, Katie and I found this pretty gross as we have not eaten fish eyeballs before. 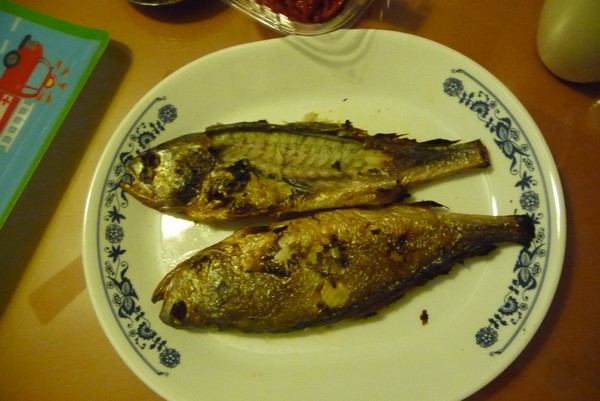