Every year, when we are leaving our house to go to church, we see folding chairs lined up on the street but we never got to see the parade since it's all over by the time we get back from church.

Because of birth of baby Kara, we missed the Service on last Sunday, which happened to be the Sunday following St. Patrick's Day.

I wanted to walk 5 blocks with Aaron last Sunday to buy him an ice cream and noticed all these cars parked in our neighborhood. 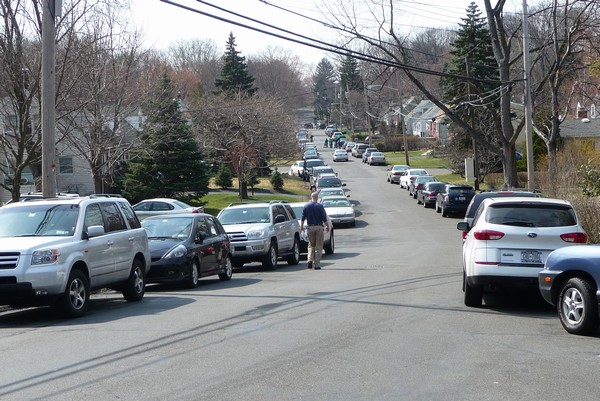 I soon realized that people were parking in the residential streets then walking to the Middletown Road to see the parade. 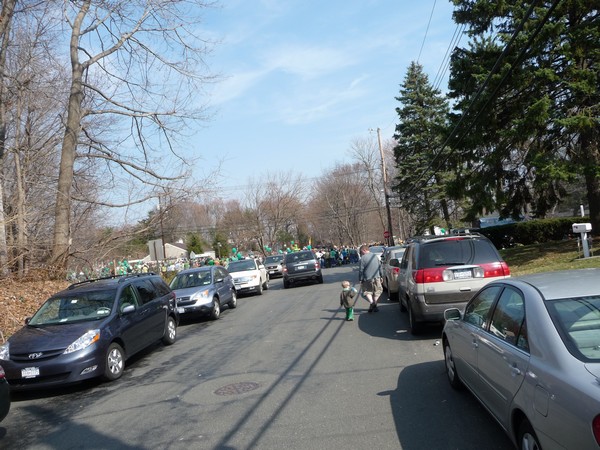 As I got near the Middletown Road with Aaron, I noticed that the road was blocked off and there were cops on every block.

We couldn't even walk 3 blocks because there were just too many people sitting on the sidewalks. People were just camping out on the street, watching the parade. Some people even brought out grills and iceboxes so they can eat and drink. 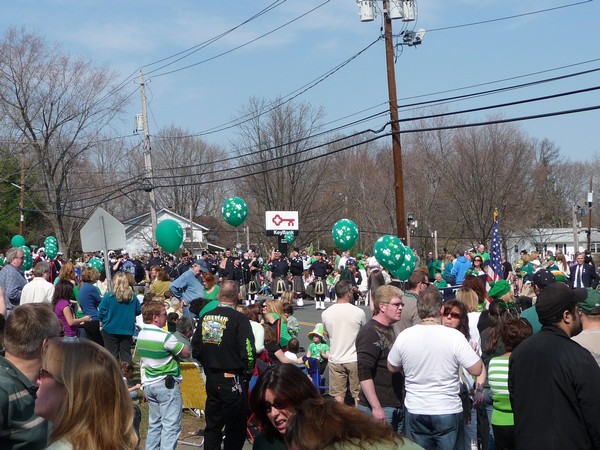