I woke up at 9am this past Saturday and was forced by my wife to clean up the garage as a spring clean up.

I went outside at 10am and opened the garage door to find this: 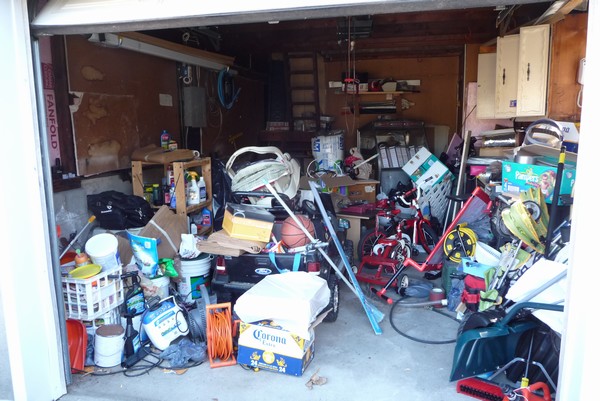 Obviously, our garage does not have any room to park our car but the problem is that we can't even get inside to take out the bicycles for our kids 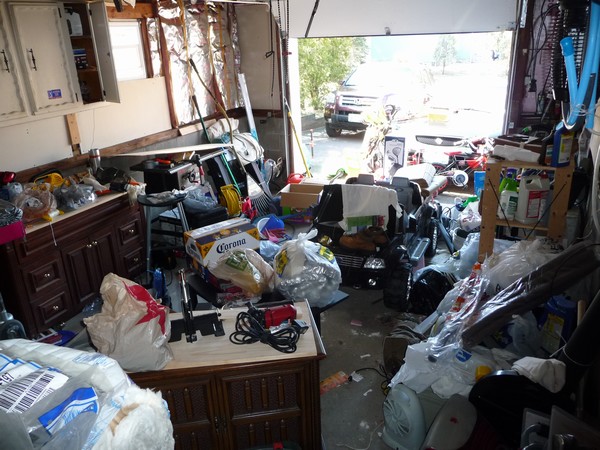 One thing I like about our garage is that there's a second level that I can access by a stairway, which has a storage room as big as the garage.

So I started moving stuff that I normally would not need to the second level.
I never thought these would get moved up there... 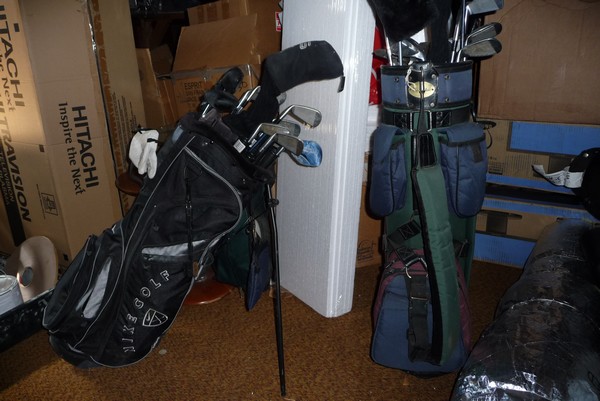 I also found this Apple computer that I got it from my company almost 10 years ago. I was saving it for my kids and I had totally forgotten about it... maybe I should clean it up and give it to Aaron and Jordan. 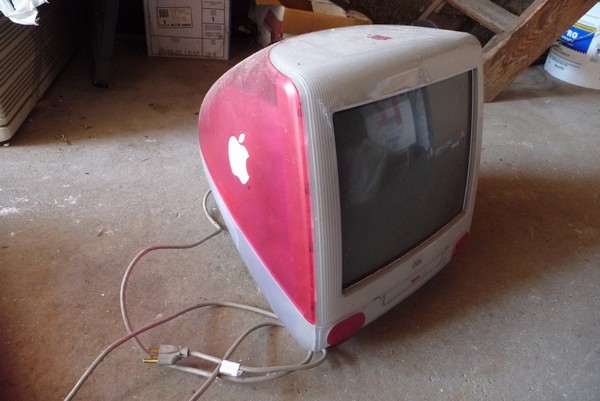 so I ended up spending close to 6 hours on Saturday inside the garage.
Most of the time was spent on either moving things up, throwing things out in the garbage, and organizing them so that we can access the garage more freely.

Here's a final picture taken after 6 hours of spring clean up inside the garage.
Honestly, it doesn't look like much was done but at least we can now take out the bicycles and the battery powered SUV for the kids. 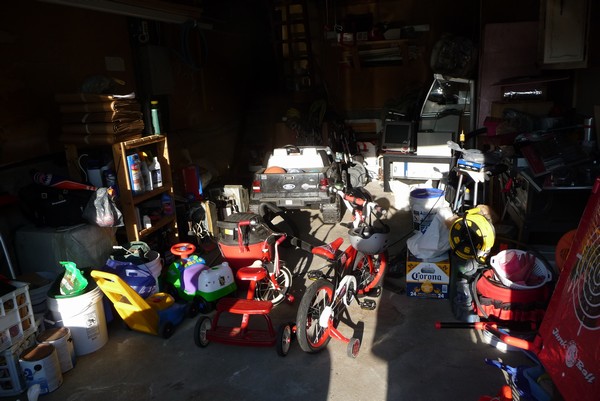 Our garage door opener is busted so we need to replace that this spring...
Go Back to List Page